And Now, On with the Countdown 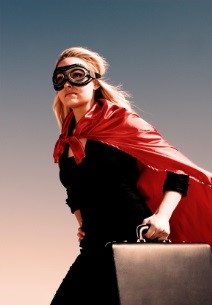 Just “yesterday,” I was planning ahead for the upcoming year. 2014 was going to be the year that I would complete everything on my to-do list before the end of the year. But now with Christmas right around the corner, I’m asking myself (again) how this year flew by so quickly and how am I going to finish all of those home projects by the end of the year.

If you’re like me, you usually strategize and execute your plan. It’s the perfect approach. You think about it, you plan for it, and you make it happen. So why is it almost the end of 2014 with still so many unchecked items on my list? Because I goofed off? Not really. It’s because I joined a club, a club so popular where no participation is not only necessary, it’s required. There’s no prerequisite. There’s no notice. No initiation. You’re just in.

Welcome to “The Round Tuit Club!” It’s a completely overrated place where you can do a whole lot of nothing while you’re waiting to “get around to it.” Benjamin Franklin might understand my debacle. He said: “The problem with doing nothing is not knowing when you’re finished.” That said, my Club days are numbered. I’m making a decision right now to get out and get on with my list.

Ok, so now that I’m almost done doing nothing, I don’t want to do too much of the same thing and wind up in a mundane routine. It’s called a plateau. We hit plateaus in our personal lives as well as our professional lives. There has to be a delicate balance between doing nothing and onward progress in order to avoid the plateau.

Think about a radio ad, for example. When the ad first airs, it sounds brilliant and sales numbers soar. As the ad remains on-air, sales still continue to rise, but perhaps at a slower pace. Then at some point, new revenue levels off. Plateaus mainly happen – not because the creative didn’t work – because it’s not “new” anymore. Consumers want fresh, new ideas all of the time.  They devour them.

Be proactive. Market fearlessly. Set a goal. Get out from behind your day-to-day chores and do something unexpected. One small change just might be the key to rejuvenating your ad.

Put your brand up front, right where you want to be. And while your radio ad is still working, have your next ad ready to launch.  Hire an experienced writing team to create your message and speak to the heart of your listener. A persuasive ad won’t deceive your audience and they will appreciate a powerful message without it feeling forced.

Join me in checking off some of those To-Do Boxes before the end of the year. Let’s start by getting out of the Club and planning to do something great.