2017 “Heavy Hundred” Talkers: The More Things Change, The More They Stay The Same… 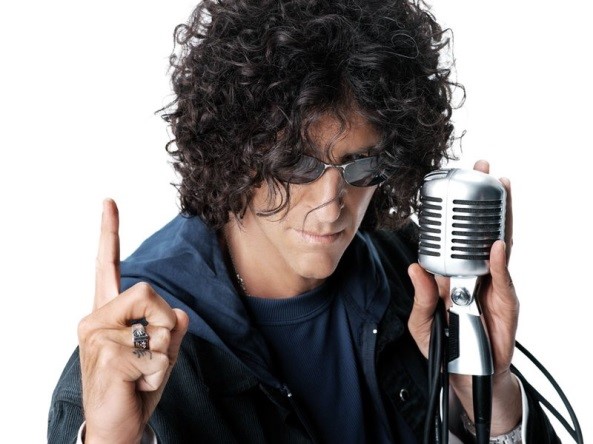 Politics aside, there is no radio personality more polarizing than Howard Stern.  Most listeners either consider him a comedic genius and broadcasting iconoclast – or a foul-mouthed man-child who has no place on the public airwaves.  Which is probably why he no longer broadcasts over the public airwaves.

Stern left terrestrial radio for SiriusXM Satellite Radio in 2006 (then Sirius, before the merger with XM) and has enjoyed the creative freedom to generate content unregulated by the FCC (because SiriusXM is a paid-subscription service).  He is in his third, five-year contract which expires in 2021, the year many speculate Stern will end his daily grind.  Of course, since joining SiriusXM, that grind has dwindled to the equivalent of 36 three-day workweeks on air and his four-plus-hour show now starts at 7 AM rather than 6 AM.

He is the highest-paid radio personality on earth; compensation fully justified by the millions of monthly subscribers who pay to hear his show – not to mention the mega-dollars in advertising revenue generated by his two SiriusXM channels, Howard 100 and Howard 101.

So why do radio listeners who pay for programming content put up with commercials on Howard Stern’s channels?  Because that’s how the channels are programmed.  (SiriusXM subscribers who pay a separate fee for online streaming content can listen to Stern programs and hundreds of catalogued Stern celebrity interviews and features On Demand commercial free.)

Insiders at SiriusXM confirm that Howard 100 and Fox News are the platform’s most popular channels.  Not surprisingly, they also command the highest advertising rates.  But with many of SiriusXM’s 31 million subscribers tuned into to Stern’s channels, advertisers willingly put up the cash needed to reach his loyal listeners and brush up against his brand.

The cost of advertising on SiriusXM will vary by season with supply-and-demand.  And there are different rates for different dayparts and a sliding scale for agency-produced commercials, live reads voiced by Howard Stern and pre-recorded commercials that bear Howard’s voice.

Part of the charm of having Howard read client copy live is the unpredictability of each new read. A show guest or supporting on-air cast member may end up as part of the commercial message, as may any one of the thousands of “voice drops” and sound effects that producer Fred Norris spontaneously sprinkles throughout the four-hour program, based on mood, mischief and show flow.  No two Howard Stern commercials will sound alike and many advertisers count on that, often picking their “favorite” Stern delivery to use for lower-cost, prerecorded spots featuring Stern’s voice.

Over the years, Stern and SiriusXM have tightened the reins on which types of advertising they’ll accept.  Hardcore adult and questionable nutraceutical categories are out.  That’s been a conscious shift by Stern and SiriusXM management as part of their infinite mantra to put the listener first and stay in sync with the more mature v2017 of Howard Stern.

Here at The Radio Agency, we still need to give many clients “the talk” when we recommend advertising on The Howard Stern Show.  You may not love his show, but you don’t have to.  His listeners do.  You may get complaints from religious groups threatening to boycott your brand, but that’s what those groups do to make money.  Get past the stigma, real or perceived, and recognize that Howard Stern is a once-in-a-lifetime juggernaut in the medium of radio.  Countless others have tried to imitate and emulate his style, but he is the one and only.  Millions pay the price to hear his program.  And smart advertisers tap this valuable resource to market their products and services.  Get in touch with us if you’d like to explore the best ways to leverage the selling power of Howard Stern for your brand.