Brought to You by…. You! 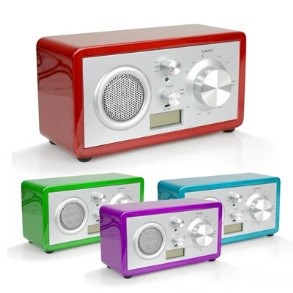 While our writers enjoy the holiday week off, we thought we’d share some interesting, historical and nonsensical Fun Facts about our favorite sound entertainment and advertising medium.
Radio.

Only six radio stations east of the Mississippi River can still use “K” as the first letter in their call signs.
Every other station uses “W.” Canadian radio stations begin with the letter “C” while stations in Mexico begin with “X.”

The all-Christmas radio station, www.foreverchristmasradio.com, is now in its 12th year of broadcast.

Nikola Tesla was granted the first radio patents in 1900, resulting in Guglielmo Marconi’s initial radio patents to be denied that same year. Four years later, the U.S. patent office reversed its decision and awarded Marconi the patent for inventing radio, despite the fact that Marconi’s devices used 17 of Tesla’s patents. In 1943, the U.S. Supreme Court upheld Tesla’s original patents, but the history books had already recorded the name “Marconi” as the inventor of radio.

Rush Limbaugh is nearly deaf. He had a cochlear implant around the turn of the century which gives him some ability to hear.

Howard Stern is a brown belt in Japanese Shotokan karate.

62% of shoppers are listening to the radio an average of 14 minutes prior to shopping.

One 30-second TV commercial in the 2015 Super Bowl will cost $4.5 Million. The same advertiser could fund a full, 52-week, national campaign on radio for that price.

In 1920, the world’s first commercial radio station, KDKA, went on the air in Pittsburgh.

FM Radio made its first appearance in 1939.

There are approximately 14,885 radio stations in America which can be searched by zip code, call letters and format at http://radio-locator.com/