YOUR AMAZINGLY SIMPLE GUIDE TO PODCASTS 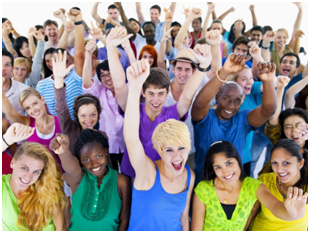 Almost two years ago, Forbes published an article declaring that millennials are no longer interested in radio. One year later, Quartz released an article stating the opposite. Finding a definitive answer about who is listening to what is difficult, but it’s important to take a look at how teens and millennials are discovering their music, especially as companies try to market to them.

Personally, I only listen to radio when I’m driving, which means that when I left for college, I also essentially left radio, aside from hearing it in the occasional store or building lobby. Most of my music today comes from what I have downloaded onto my phone and YouTube. To be fair, there are ways to stream traditional AM/FM radio, which often seems to be forgotten when news platforms release articles forecasting the death of radio because of streaming. All of the stations I typically listen to can be found on iHeartRadio’s online streaming feature, but I don’t stream my local stations because so many repeat the same audience-tested playlists.  A study from the 2017 Nielsen US Music 360 Report states that nearly half of Americans discover new music through radio.  And I’ve found that coming home during college breaks gives me just enough time to listen to radio again with the fascination of “Wow, I’ve never heard this song before!” Most of my new music comes from friends or through Autoplay, a YouTube feature that automatically plays a series of music videos, rather than having the user go in and manually select it.

My friend group typically uses YouTube when we’re together to create a sharing circle, where each person requests a song and we cycle through them indefinitely. When we’re apart, they often turn to Spotify. For many of them, the extra $5 a month on Spotify for commercial-free streaming is worth the cost. A floormate can’t be bothered to spend money eating out, but he listens to up to 16 hours of music a week, making the $60 a year an easy decision for him.

To widen my scope, I took this question beyond my friends and into a polling group. The premise was simple: How do you most often listen to music? Nearly 700 people ages 18-24 participated, and the results showed a clear victory for streaming, with 640 votes, with YouTube coming in second with 137 votes, and traditional radio registering just 91. A total of 50 people commented to give more details into their preferences. 20% simply said the word “Spotify”, with one respondent and a few others praising it for its premium feature and student discounts. Another says that while Spotify is his main choice for music, he feels guilty because it’s “practically stealing [his] artists’ music”. There was also a clear divide between where online services were used versus offline; at home, streaming dominated. But in the car, radio (AM/FM and SiriusXM) and CDs reign supreme.

At least for me, these results help solidify the belief that radio isn’t going anywhere anytime soon. There will always be a place for sportscasting, traffic updates, and all types of music, because radio isn’t always about bringing new content to its users. Sometimes, you just want to sit back and hear the classics, or what’s popular, or just have some background audio for company. Plus, the advent of radio-streaming websites and apps makes radio more accessible to people who have grown up with Spotify, YouTube, Pandora, and various other streaming platforms. Slowly but surely, radio is adapting to enter households through the internet, and as long as there are cars, radio will be heard.

Kirsten Lipsky is an environmental engineering major at the University of Pittsburgh, working this summer at The Radio Agency.