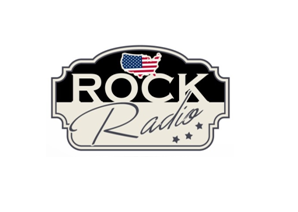 No longer a 90’s teen trend, Alternative Rock radio is becoming a fixture on radio dials nationwide. In a five-year study conducted by Nielsen, ratings for many different branches within the Rock tree were examined from 2012-2016. The study showed that, while most subsets showed growth above 10%, there are some clear frontrunners in the pack. Classic Rock still holds strong as number one, where bands like The Beatles, Guns N’ Roses, and Pink Floyd still bring in large numbers of listeners.  Alternative Rock sits comfortably in the number two spot, besting Active Rock, AOR, and Mainstream Rock by a wide margin.

It would seem that the underground genre has moved out of its parent’s garage and into the hearts of many Americans. Alternative Rock can be found in nine of the top 10 radio markets in the nation where bands such as the Red Hot Chili Peppers, Radiohead, The Black Keys, and in a true call back to the 90’s, even Weezer, have replaced the icons of old and enjoy large scale success wherever they are played.

So how did Alternative climb the Rock charts, graduating from fringe status to mainstream success? In an interview with Inside Radio, Mike Kaplan, Program Director for iHeartMedia’s “Alt 98.7” KYSR Los Angeles, notes there are plenty of tremendous stories currently in the alt world.  The key, he says, “is building a solid brand image, aiming for critical mass and being gender agnostic. Cap it off with entertaining, memorable talent. The alternative format embodies all types of sub-genres, like indie, folk, punk, rock, and alt pop-leaning crossovers that help us build mass cume.”

However Derek Madden, Program Director of Cumulus active rock “93X” KXXR Minneapolis cautioned in an interview with Inside Radio that “I see a bit of a Goldilocks format, where this record is too pop, this one is too rock, and OK, this one is just right.  So what’s left are mid-tempo electro-pop records that all kind of sound the same.”

As time goes on, different rock genres will rise to claim coveted time on the airwaves while others fall back. Keeping track of these trends, and how listeners react to them, is what we here at The Radio Agency have done, every day, for the last 23 years. If you’re targeting a rock audience, drop us a line, and let us put that knowledge to work for you.