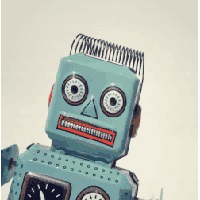 Programmatic buying is perhaps the hottest buzz phrase in advertising these days. The consensus is that “Everybody’s doing it!” even though a recent poll taken by the Association of National Advertisers shows that only 26% of respondents understand it and are actually using it.

To simplify the mystery, think of programmatic buying as any form of media buying done by machines without participation by humans. Buying parameters are set (by humans), and then when conditions are met, those media buys are triggered (by machines). The goal is to let the automation of technology handle the transactions, leaving humans to perform tasks to which they’re better suited.

Many have the misconception that all programmatic buying is real time auction bidding, much like priceline’s “name your own price” for a hotel room. (You purchase something you want at an acceptable price, but you can’t handpick your preferred hotel chain – or media outlet.) That’s only partially true in this advertising time buy scenario. Rock bottom, auction bidding is just one slice of the programmatic pie, not the full business model.

In radio, programmatic buying technology will gradually become a valuable asset to media buyers overwhelmed by the sudden choice of tens of thousands of digital “pure play” radio stations on top of the ten-thousand-plus AM/FM stations. It will help them save time and money, as well as help them gain efficiencies in placement.

To date, radio programmatic placement has focused on the digital sector. Banner ads and rich media constitute the bulk of the assets in play. Triton Digital, which represents most of the major radio groups online (including CBS, Cox and Cumulus as well as Slacker and AOL) is now integrating programmatic buying into its platform. But expect slow acceptance and rollout by reluctant, traditional broadcasters and satellite radio.

AM/FM Radio does not have a strong history of embracing radical shifts in technology. HD Radio stumbled and fell, in part, because traditional broadcasters were fiercely protecting their 20 century technology while satellite and streaming content providers raced past to pioneer new platforms. AM/FM has done a respectable job of playing catch up in digital, but if past history is any indicator, automated media buying is years away from infiltrating the mainstream of radio advertising buys.

For now, all eyes remain on Google, AOL, Yahoo! and others who work to perfect the process and help the Interactive Advertising Bureau stamp out fraud. (Some less-than-scrupulous publishers have been caught generating “non-human” clicks to websites to drive up advertising revenues.)

Programmatic buying is a story that will grace the headlines in many forms over the coming years. We at The Radio Agency don’t see it as a threat to supplant the human factor in radio anytime soon, yet, increasingly, it will help advertisers get more from the medium of sound through the efficiencies of technology. And better efficiencies yield better returns.

Mark Lipsky is the President and CEO of The Radio Agency. Please follow The Radio Agency’s Blog “Sounding Board” by subscribing to the email or RSS links above.Visit our website TheRadioAgency.com