Podcasting has been around for many years, but has recently become a ‘hot’ media platform with the creation of PodcastOne. This company has aggressively taken nearly 100 shows under their umbrella within the last year and work closely with Edison Research to get accurate readings of downloaded listenership. Many of the hosts of a podcast show will do LIVE reads and incorporation into social media, which always provides a bigger ‘push’ for a product. A podcast can be downloaded anywhere, anytime and can be listened to whenever it is convenient for the user. 85% of consumers listen within 48 hours. Over half are college graduates, and over 80% of listeners are Adults 18-54.

There are currently four providers of this content: iHeart, iTunes, Stitcher, and  Soundcloud. Here are a few of the top shows going into 2014:

Afterbuzztv.com produces live and recorded after show webcast and podcast content for TV series, special events, and movies of all kinds. Think of it as a “post-game” show for television shows. The hosts are an eclectic and knowledgeable group of celebrities, personalities and industry professionals that diligently break down that night’s episode, take calls from fans and interview guests. Right now there are 30+ Shows recapped each week including Dance Moms, The Carrie Diaries, Mob Wives, The Quest, American Horror Story and Revenge.Per show listenership averages 1,500,000

Per show listenership averages 503,140 and has 350K Twitter followers

Steve hosts his show directly from Hollywood, CA by way of the Broken Skull Ranch. He talks about anything and everything that pops into his brain. Tales from his new life, unbelievable past adventures, current events, celeb friends, personal hygiene choices…you name it.

The Rooster Teeth Crew chat about gaming, pop culture and projects that they are currently working on. This podcast will definitely keep gamers informed of trends.

Per show listenership averages 221,000 and has a whopping 1.6 million Twitter followers

Some of the newest additions are Kathy Lee Gifford, Jillian Michaels, and the CBS Evening News/60 Minutes and Face the Nation discussions. Shows vary in length from ten minutes to one hour & 45 minutes. There is an endless abyss of topics; Gaming, Health, Talk, Entertainment, Comedy, Society and Culture, Politics & Sports.

The Radio Agency is finding success stories for our branding clients on this platform. If you would like us to find a podcast for your target demo please give a call.

Tami Freeman is the Media Director of The Radio Agency. Please follow The Radio Agency’s Blog “Sounding Board” by subscribing to the email or RSS links above.Visit our website TheRadioAgency.com 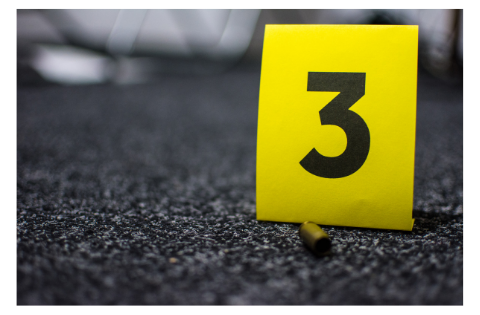