Radio Listeners: I Command You 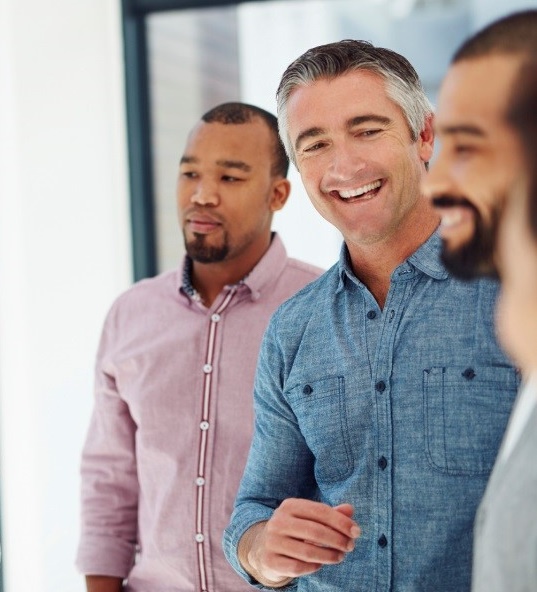 According to Spotify research, 33 is the magical age when men shift from listening primarily to new music on the radio to embracing the music of their teens and 20s.

Now that’s not to say they stop listening to new music altogether or ignore new releases by their favorite artists, but they’re now transitioning to spend more time with radio stations that play music from their Wonder Years, rather than today’s hits.

Here at The Radio Agency, as we target and market to men of all ages, we’ve noticed that’s also around the time men start spending more time with Spoken Word formats like News, Talk, Sports and non-AM/FM options like Comedy on SiriusXM and Podcasts.

That’s great news for advertisers, as radio listeners who choose Spoken Word formats are more likely to be “active listeners” that engage with programming content, rather than someone who passively hears a music format and can’t name a single song they heard during an eight-hour workday, let alone a commercial advertiser.

Guys are in their 30s are also making major life transitions.  Their (first) marriages are in place.  They’re shopping for homes and mortgages and the 101 things that come with home ownership.  They’re also starting families, which triggers the need for insurance and the 1,001 things that newborns and toddlers need in the 21st Century.

We may also be witnessing the last generation that still embraces AM/FM radio over digital audio.  In 2015, for the first time ever, Teens spent more time listening to digital audio than they spent with AM/FM radio.  And while that suggests a major behavioral shift, it doesn’t take into account that 30-somethings consume more news and information than their teen counterparts – and that those Spoken Word formats have yet to proliferate in the digital audio spectrum.

We’ll track that behavior as the media of sound entertainment evolves to leverage new technology.  But for now, we’ll blow out those 33 candles and harken back to the golden oldies of Train, Jewel and Usher while we reminisce about Y2K and the technology crash that never came.