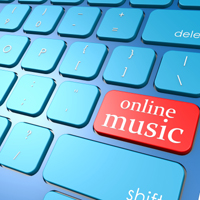 The way in which people consume music is ever-evolving. Personal ownership started with vinyl records, then transitioned to 8-tracks and cassettes. Along came the 1980s and with it came CDs. In the early 2000s, digital downloading emerged as the simplest way for people to listen to their favorite artists. But what happens when people no longer want to “buy” their music? The answer is streaming, and the result is an increasing number of opportunities for sound advertising.

In 2013, digital track sales fell 6%, which was the first drop recorded since the iTunes store opened over a decade earlier. This trend has continued into 2014 with a 14% drop of digital track sales in the first six months according to Nielsen’s Mid-Year Industry Report for 2014. Are people listening to music less often? No, but the way in which people are listening is certainly evolving. The decline of digital sales correlates directly to the rise of streaming, which is up 42% year-over-year.

The trend towards streaming may be a negative for record labels, but it is a definite positive in the world of advertising. When a person buys a CD or MP3, that’s that; there is no chance to reach them while music is being consumed. However, as people switch from downloading MP3s to streaming their music, an opportunity is created to reach more people than ever by advertising on popular streaming music services like Pandora, Spotify, and Slacker. The results are in, and streaming music is the present and certainly appears to be the future.

Radio, in all of its forms, is booming. Will your message be heard? Contact The Radio Agency today to discover the best platforms to market your brand.