Blending Music And Sound In A Radio Commercial

How to Best Utilize Radio in your Media Campaigns

Blending Music And Sound In A Radio Commercial 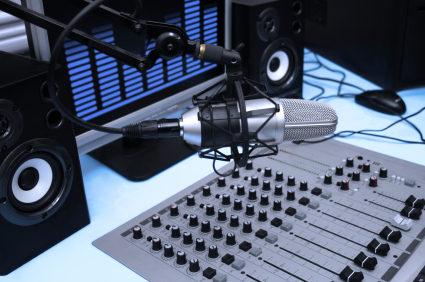 As we all know, there are generally two types of advertising: Branding and Direct Response (DR). And as we all know, Branding makes its appeal on an emotional level – How does brand X make you feel – and DR is an action – Call NOW to get X FREE for 30 days!

Now, not unsurprisingly when it comes to Sound Advertising ®, sound effects and music can each have a very different affect on the radio commercial.

Music and effects do a wonderful job of painting a picture; creating a scene. Creating a commercial to hype big game on Sunday? Then it makes all the sense in the world to have big crowd noise sound effects and fast paced, hard hitting music that throws you into the middle of the stadium. You want the listener to feel as if they have the BEST seats in the house. That’s the way to brand the game

Now, create that same commercial but instead of hyping the game, you’re selling tickets to the game. Sure, you want to have effects and music to a certain extent, as you still want to create the excitement, so the listener can picture him/herself at the game, but you don’t want him/her to get so lost in the picture that was painted that they miss the important message – TICKETS ARE ON SALE NOW! This is where using music and sound effects correctly, plays an important role.

Using our example of selling tickets, the listener is pumped, excited for the game. And you’ve painted that picture correctly. He/she starts daydreaming about the game and how great it will be when “we” win. So, how can you draw them out of the fantasy and back to reality that they NEED to buy a ticket? You can drop the music out so the message TICKETS ARE ON SALE NOW is dry (said with no music or effects underneath it). By dropping out the music and/or effects, it can jolt the listener out of the day dream you created.

Think of it as aurally changing someone’s line of sight. How many times a day are you so engrossed into what you’re doing it takes seeing something out of the corner of your eye, or hearing a different sound, and suddenly you’re back to the real world, paying attention to the here and now. That’s what can be done with music and effects in our little imaginary scenario.

The reverse can be done, too. Typically, the best performing DR radio commercials are dry reads. Some would say they’re boring. The dry read simply makes a listener pay more attention. Now, a listener can get lost in a dry voiced read as well. So, how to jolt them back to paying attention? Play music right before the call to action. Or an attention grabbing sound effect works well too. It’s simply used as an audio signal that says “Hey, wake up and pay attention” without saying “Hey wake up and pay attention here comes the important stuff.”

These are just two examples of how music and sound effects can be used effectively in DR Radio commercials. For more ideas and help, send us an email or give us a call. We’ll be happy to help you come up with some Sound Advertising® ideas.