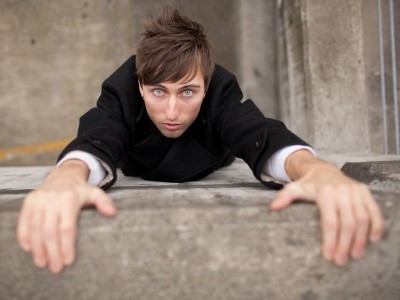 In any form of advertising, it’s easy for first-timers to make mistakes. Audio advertising is no exception. But now more than ever, with so many new platforms for audio advertising, it is imperative that clients have a solid game plan from Day One to avoid the pitfalls.

“One of the biggest mistakes I see first time advertisers make is buying what they like to listen to”, says Marta Delisi of Beasley Broacast Group. “They need to recognize that not all of their target customers have the same listening habits (as they do). And by buying their favorite radio station, they could be eliminating a key demographic. It is imperative for them to align themselves with someone who knows the market and can provide accurate research on where their key demographics can be reached. Then, once they find that mix of radio stations, stick with it. Radio is a frequency medium and sometimes results don’t happen overnight. On average, a listener will hear a message three times before making a conscious decision to react.”

Another key virtue for first time advertisers is patience. Paul Haley at Westwood One points out that “first time audio advertisers commonly declare the medium doesn’t work if sales don’t increase the first day the commercials start. They don’t realize that it takes time for their message to sink in with the listeners and react in a positive way to their product. The best audio advertisers judge their marketing approach by the quarter or year and not by the day. They advertise consistently on the top stations and change their copy regularly to keep their message fresh.”

Also, unless you have a billion dollar budget, spreading the budget too thin is another, common rookie mistake. According to Monica Alexy at Pandora, “Many new advertisers will place a little money with several different stations/platforms in the market. Instead, if the advertisers focus on one or two of the top stations/platforms and increases the spend on those two outlets, they will get a much more effective media campaign with greater reach and frequency.”

Campaign “Tests” are another thing that are often times very misunderstood. According to Russ Saunders from Triton Digital, “Too often, the test is way too short or too narrow in scope. The same tactics of reach and frequency apply to digital audio that apply to other forms of media. The most successful brands that utilize digital audio today all started with small tests but kept at while learning and optimizing their campaigns. Many brands now spend millions of dollars in Digital Audio today but only started with small budgets in the beginning. But they learned and grew with Digital Audio using some instinct, patience and ingenuity.”

Having a properly utilized call to action is another thing often flubbed by advertisers new to the audio realm. Thomas Mancusi from PodcastOne notes that, “In regards to Internet radio – it is common place now, but at the start there was a lack of a call to action in the medium. One thing we added was ‘Open Your Media Player Now and click to get X.’ Once this was implemented we saw interactivity with the advertiser increase twofold. If I was a new advertiser and using terrestrial streams or a pure player – I would add to the audio commercial creative – “KNOCK KNOCK” the actual sound of someone banging on a computer screen to get the users attention and then direct them to open the media player.”

Finally, many first-timers overlook how radio fits in their total advertising campaign. “Often times, new advertisers will run audio ads on a station or digital music platform at the same time they run display ads with some Internet publishers, and possibly a print ad and or cable TV spot. But there’s no consistent theme or call to action across the platforms,” says Monica Alexy from Pandora. “If the marketer uses their audio ad, for example, to drive consumers to their print ad and or keeps the messaging consistent across platforms, the advertiser’s efforts will go a long way.”

These are just a handful of the oversights that can be campaign killers. Sadly, there are many more. For an ounce of prevention and a ton of insight, contact us here at The Radio Agency to sidestep these common-but-costly mistakes.